Blazing A Trail – The New Generation Of Apprenticeship 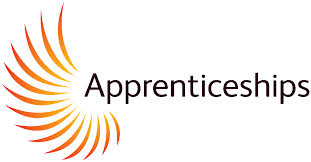 In recent years, the term ‘apprenticeship’ has started to shrug off its old fashioned image to become the first choice for employers and candidates alike.  Once seen as low paid labour where the apprentice would spend more time making tea than making their mark, new wave apprenticeships are a fun and fast way into full time employment.

These days, there are generally two kinds of apprenticeship – frameworks and trailblazers – and here’s what you need to know about each.

A framework apprenticeship is one which is, in a nutshell, qualification based.  During a two or three year apprenticeship with an employer, an apprentice will be continuously assessed and will need to complete a number of ‘units’ in order to prove competency within the role.  Once a unit is successfully completed it won’t, usually, need to be repeated within the apprenticeship.

In addition to the completion of units, the apprentice will also be required to obtain a competency-based qualification in the employer’s chosen field.  This will, in many cases, be a NVQ or BTEC which will demonstrate the apprentice’s vocational understanding of the subject.

Although popular for many years, the framework apprenticeship is being slowly phased out in the UK due to the fact that studies have shown that, due to there being no overall assessment, it is possible for an apprentice to acquire the necessary qualifications without, in fact, gaining a comprehensive understanding of the role.

On the trail of progress

The newer, and generally preferred, form of apprenticeship is the Trailblazers Apprenticeship.  Groups of employers work together to form apprenticeship standards within their sector (for example, engineering or IT) and then go through Government processes to make the standard official.

Because these standards are designed by the very employers who will be hiring and supervising the apprentices, the apprenticeship programs are precisely targeted toward the needs of the job.

To form a Trailblazer group, a minimum of ten employers in that particular sector is required.  The group will then work together to develop and submit standards to the Government’s Business Innovation and Skills Department (BIS).

Once approved, the standard will be a short, easy to understand document which describes the skills, knowledge and attitudes required from a successful candidate  and will include guidelines on how an apprentice will need to demonstrate understanding and competence within a role or occupation.

By becoming a member of a Trailblazer Group, a company – large or small – is effectively creating a design for the perfect employee – one who has been full engaged and involved from the moment that they first set foot in the building.

To find out more about Semester’s apprenticeship schemes click HERE