Without Fail – Learning To Embrace Our Mistakes 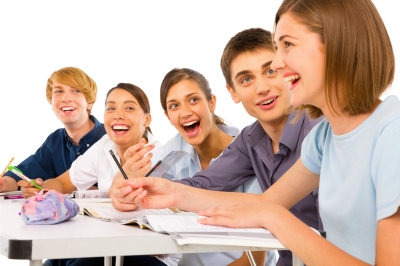 Sir Richard Branson once said, “If someone offers you an amazing opportunity and you’re not sure you can do it, say yes – then learn how to do it later.”  Few people know more about business success than the billionaire entrepreneur and investor who left school at 16 after years of battling his dyslexia and his wise words make a lot of sense no matter what industry you’re in.

Shoot for the moon

It’s often easier to assume that you can’t do something, rather than giving it a go and risking failure.  Our natural instinct is to take the easiest route but, often, it leads to the least satisfying result.  Those who choose an apprenticeship over traditional learning come to understand that, not only is it OK to make mistakes but it is, in fact, an essential part of gaining a greater understanding of a job.

Although fear of failure is natural, it can also limit you and the world around you – imagine a world where the Wright brothers were too scared of falling out of the sky or Yuri Gagarin was paralysed by the fear of getting lost in space.  Although your ambitions may be smaller than these examples, you can train yourself to ‘feel the fear and do it anyway.’

Before first launching into space, Yuri Gagarin spent years studying and completing simulations in preparation.  Choose a task – it can be anything from painting a picture to learning a new language and set yourself a goal for completion.  Use a diary to track your progress, noting the highs and lows and refer back to these notes once the project is completed.  Nine times out of ten, you’ll find that your mistakes were many – but that they weren’t insurmountable.

When embarking on a new project or task, don’t be afraid to ask for help.  During an apprenticeship, you’ll often be assigned a mentor – and with good reason.  For the most part, whatever task we set ourselves has been done before by somebody else and we can increase our chances of success by learning from them – and their mistakes.  When starting your project, find somebody who has succeeded – and who you admire – and ask for their advice and help.  Not only can this provide valuable help but also inspiration.

Every so often, you’ll make a mistake which means that a project has to be abandoned or re-started.  Trying to be objective, look at what happened and why.  By figuring out how the mistake happened, you’ll have the tools to avoid the same thing happening on our next attempt.

Know when to give up

Not everybody is a rocket scientist or a Picasso.  As important as it is to give something new a go, it’s also sensible to accept that something may not be right for you.  We often hear phrases such as ‘He dropped out’, ‘she gave up’ and ‘he quit’ – all of which assume a negative slant.  In reality, deciding not to devote any more time to something which doesn’t suit our skills or personality can only be a positive thing, leaving us free to pursue something that we may get more pleasure and success from.

It would be great if we could excel at everything we try and achieve wild success but, unfortunately, this is not only realistic but also not entirely helpful.  As Mr Branson also said, “You don’t learn to walk by following rules – you learn by doing, and by falling over.’  Once you’ve learned to fall – and to pick yourself up again for another try – you can embrace failure as a valuable ally.